Back to all posts

This article featuring a New Year's poem I found among the papers of a deceased co-writer was published in Dear Abby's New Year's column for the year 2000. I have since noted that it has now also been uploaded onto the Internet. I still consider it one of the best New Year's poems I have ever read. Interestingly, Abby contacted me later saying she tried to identify the writer of the poem by approaching local historians in Menomonie Wisconsin where it first appeared in a school paper in 1934, but was unable to come up with any leads. Frank. 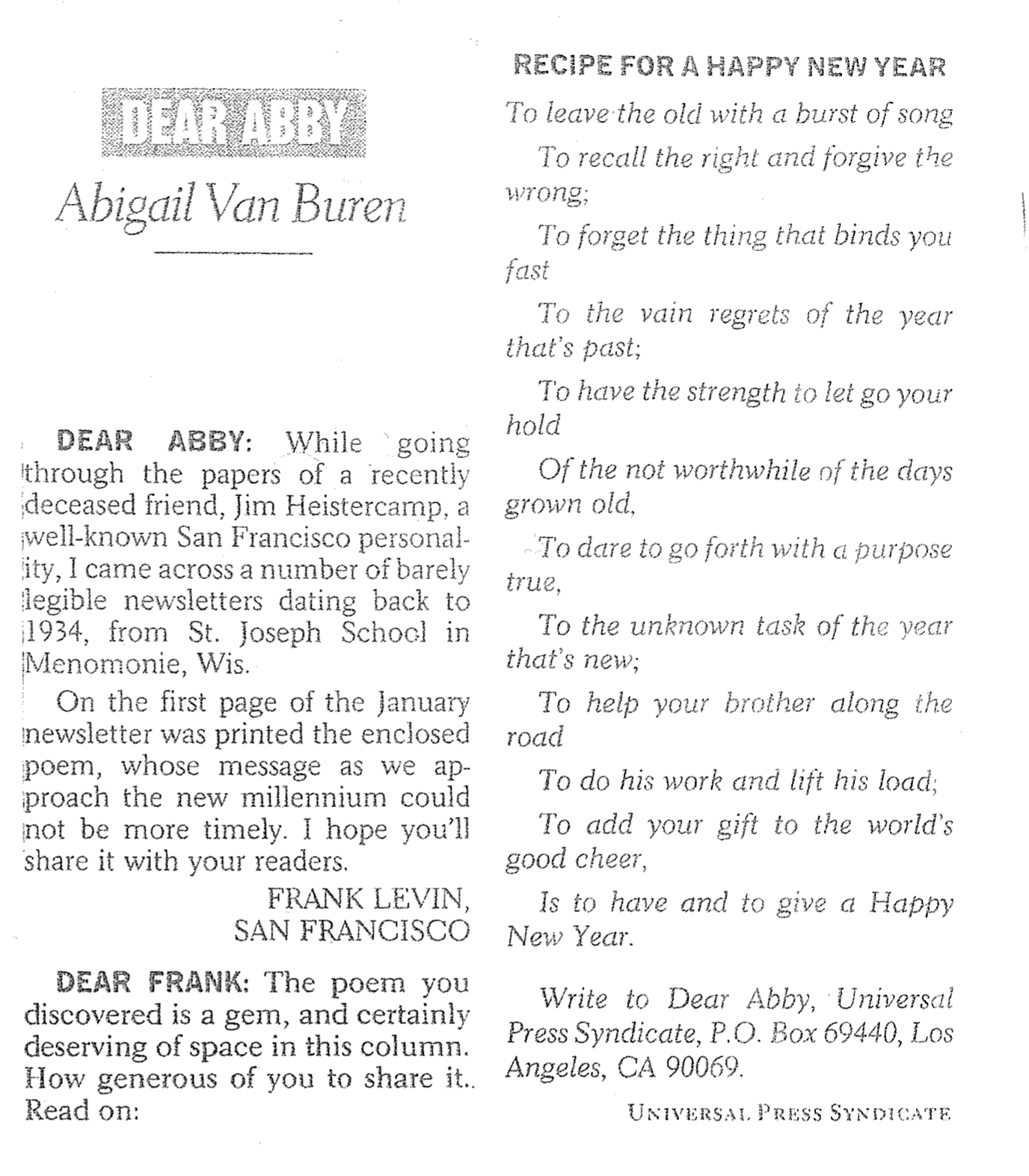